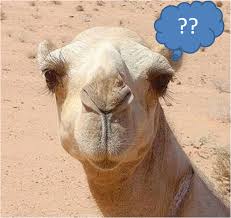 For thirty years Thomas Cannon was a postal worker. During that time rarely made more than $30,000 a year including overtime. What made Thomas Cannon unusual is the fact that over the last twenty-five of those years, he gave away $96,000 to various individuals and groups in need. Math has never been my forte, but I figure that comes to about $3,800 a year. On a salary of $30,000 a year!

Cannon said, "If people work hard to buy a Cadillac, nobody asks why. But if they give it to philanthropy, nobody understands."

In his entire life, Cannon, who died in 2005, never knew luxury. His preacher father died when Thomas was 3 years old. Although he received a degree in art education from Hampton Institute, Cannon opted for the steady salary of the post office to support his wife, Princetta, and their two sons. After serving in the Navy in World War II, Cannon settled into his post office job. The family lived in a tiny, kerosene-heated home in a neighborhood of Richmond that was poor even then and has since acquired a reputation as a drug marketplace. Cannon never gave a thought to luxuries: "We had food, we had clothes, we had all the basic necessities," he said. (Who needs $96,000?) Here was a man with a carefree and generous attitude toward money.
(From Parade Magazine, September 21, 1997, page 16)

As if that weren't bad enough, after the man refused his offer, Jesus said, "Children, how hard it is to enter the kingdom of God! It is easier for a camel to go through the eye of a needle than for someone who is rich to enter the kingdom of God." Ouch! It is one of those hard passages that begs to be played with so that it will say something other than what it seems to say. Surely Jesus didn't mean to say it is impossible for people with more than enough money to go to heaven. After all, that's you and me. We are the rich man. The rich people. Just by virtue of the fact that we live in the United States. By any standard, past or present, most of us are among the wealthy.

This gospel is hard for us to hear – and not for us only. The rich man was shocked. The disciples were perplexed and astonished. Ever since, people have found this a problematic text. Consequently, various ways have been proposed to interpret this passage in order to make it softer.

1) A particularly popular one is that the eye of the needle refers to a narrow gate in the city wall of Jerusalem. A camel, the story goes, could just squeeze through the gate after being relieved of its cargo. NO. There is no evidence of such a gate and the interpretation does not show up until the late middle ages when an imaginative monk put it in a commentary on the gospel.

2) The Greek word for camel is spelled like the Greek word for rope. A rope still won't fit through the eye of a needle, but it is less preposterous than a camel. NO. There is no evidence that the writer of the Gospel of Mark had a spelling problem or that Jesus did not pronounce his words clearly.

There’s no getting around it. Jesus said what he said and meant what he said. He was a master of hyperbole, the exaggerated image. The absurd image of a camel trying to get through the eye of a needle drives home a point. And the point is that there is something perilous, spiritually, about wealth. Like anything in our lives, money and wealth can be used as a means to praise and serve God and neighbor. Or it can be used to hide and shield us from God and others. The problem is money and wealth have a particular and powerful tendency toward the latter. Jesus suggests that the best thing we can do with our wealth is give as much of it away as we can.

The burden of wealth offers us great opportunities and responsibilities. It might or might not be that being wealthy is, in and of itself, sinful. But wealth and money are particularly dangerous to the soul. Money, along with the things it can get for us, is not neutral such that it can be used just as easily for God's kingdom as for anything else. No, money has a power of its own. It takes a good deal of spiritual discipline to have much of it and not let it seduce our hearts or intoxicate us.

Money is a lot like wine that way. You can get drunk on it and destroy your relationship with God and your neighbor. And just as many alcoholics deny they have a drinking problem, few of us are willing to admit that we have a money problem, that we have an attachment to our money and belongings that is dangerous to our souls and separates us from God.

1) Remember Jesus is present with you. He is your true wealth –not your job, not your income, not your house. He is your security. He is your hope for the future. Begin to see everything else as revolving around him. The more we attach ourselves to Jesus, the more we can lose our attachment to money and stuff.

2) Trust in the power of God working in you to release you from the grip of money and
possessions. Like all addictions, this one is hard to overcome. But, Jesus assured his disciples and us that, though it is impossible for mortals, for God all things are possible.

3) Learn to see it as not an end in itself but a means to serve and encounter God. Every time we give, especially when we give until we feel it, we make room in our hearts for God’s Spirit to move in our lives and to draw us deeper into his heart and to fill with his life. Giving can become prayer and praise.

4) 'Eucharist' means 'thanksgiving'. Give thanks for al you are given. But, constantly remind yourself from whom it all comes and to whom it ultimately belongs. When we present our offering to the altar we say, "All things come of thee, O Lord, and of thine own have we given thee." We can learn receive it with thanksgiving and pass it on in gratitude. Giving becomes a way of giving thanks, of making Eucharist.

That was the man's problem in the gospel. He had allowed himself to be deceived into believing his wealth was his own. When the real owner showed up and told him what to do with it, he was not prepared.

What if we began to imagine, to really believe, think, and act as though everything we have was on loan? A gift? Not only what we give but what we have left after we give. It's all God’s, so we are accountable for how we use all of it. The real question is not how much of my money will I give for God, but how much of God’s money do I need to keep for myself? What would God have us do with it?

This is a troubling passage. It is good for us to be troubled by it. Maybe it will shake us loose a bit from our attachment to money and wealth. And the anxiety that often comes with it. Then we can engage our money eucharistically – with gratitude, freedom, and trust in God.
Posted by mattgunter1081@gmail.com at 8:32 AM

Email ThisBlogThis!Share to TwitterShare to FacebookShare to Pinterest
Labels: Sermons