Engaging Enemies (and others) with Severe Humility 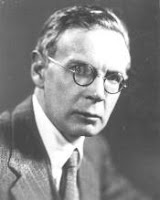 On September 10, 1939 at the beginning of World War 2 C. S Lewis wrote this in a letter to his brother, Warnie:

In the Litany this morning we had some extra petitions, one of which was, ‘Prosper, oh Lord, our righteous cause’. Assuming that it was the work of the bishop or someone higher up, when I met Bleiben [the vicar] in the porch, I ventured to protest against the audacity of informing God that our cause was righteous – a point on which he has his own views . . . I hope it is quite like ours, of course, but one never knows with him.
– The Collected Letters of C.S. Lewis, Volume 2

And here is something by Lewis’ friend, Charles Williams, written in the middle of WW 2 (1942) when the outcome was still unclear:

The conversion, where it is demanded, of the wild justice of revenge to the civil justice of the Divine City is the precise operation of the Holy Spirit towards Christ. All we need to do is attend to the goodwill, to the civility; the justice (in the personal relation) can be left to Christ. ‘Vengeance is mine; I will repay, sayeth the Lord.’ It is perhaps desirable to notice that the repayment is not limited to our enemy. We shall be unfortunate if we forget the trespasses, the debts, which our enemies desire to repay with their wild justice and are content to leave to his promise. It is important that we should be ready to forgive the Germans; it is not unimportant to recognize that many Germans (including Herr Hitler? Possibly; we do not very well know) may feel that they have much to forgive us. Many reconciliations have unfortunately broken down because both parties have come prepared to forgive but unprepared to be forgiven. Instruction is as badly needed in this as in many other less vital things; that holy light which we call humility has an exact power of illumination all its own.
– The Forgiveness of Sins, p. 113

It is hard to imagine saying such things about our enemies. I don’t want to. But, then, it was hard to say them about Germany or Japan during WW 2. It was hard to say it about the Romans in Jesus' day. Do we dare to contemplate that people in the Middle East just might have much to forgive us in the West? And we Americans in particular? That the actions of, for example, Al Qaeda of Iran, however horrific and inexcusable, might be understood in some sense as acts of “the wild justice of revenge”? That things have been done on our behalf in the Middle East over the last 100 years that have contributed to the chaotic rage that seems epidemic there? Even a little understanding of our history in the region over the last century would indicate that it is so. It might require a sort of severe humility but I believe it is a faithful Christian approach to contemplate such things in our day just as Lewis and Williams did in theirs. We need to disabuse ourselves of the myth of our own innocence. Everyone is complicit in the mess the world is in. Some more. Some less. But all.

A couple of things strike me in the above quotes. Both Lewis and Williams refuse to get caught up in nationalistic rhetoric that assumes that "God is with us" or that their country is particularly blessed by God. Even in the midst of war, they were compelled by their Christian convictions to accept the possibility that their nation was (at least partly) wrong and that their enemies might well have grievances of their own.

I am also struck that this severe humility leads both Lewis and Williams to demonstrate an admirable reticence to claim to know overmuch about God's mind or to assume their side is necessarily God's. Both recognize that all humans are fundamentally bound to one another in a relational web and all humans are caught in the sin that infects that web. We should thus be wary of presuming our own innocence or consigning  total blame to others – both are awe-full things to contemplate if we recognize that we all live under the awesome gaze of God's love and judgment.

I know enough of both Lewis and Williams to know that neither would advocate anything like a posture of moral equivalency. And that is not what I am suggesting. And neither of them was a pacifist. But, what both do seem to advocate is a deep humility and reticence to assume the innocence or righteousness of their side. And I find both refreshing. I am convinced it is a fundamentally Christian posture, however difficult.

"For our enemies and those who wish us harm,
and for all whom we have injured or offended,
we pray to you, O Lord."
(Book of Common Prayer, p. 391)

God, Be Merciful to Us All
The Humility and Generosity of Lincoln