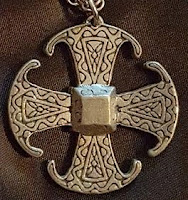 My understanding of God, the world, and humanity has been formed and my imagination – which is another way of saying my capacity for faith, love, and wonder – has been shaped and expanded by several representatives of the Anglican way:

To that list of 20th century authors I would add these classic Anglican worthies:

From even further back (before the break with the Roman Catholic Church) I have been influenced by Julian of Norwich.

I am inspired and informed by representatives from other traditions – Roman Catholic, Eastern Orthodox, Reformed, Lutheran, etc. – but I have found myself most at home with these.

I have also been influenced by more personal mentors – Fr. Mark Dyer of Christ Church, Hamilton, MA (later Bishop Dyer of the Diocese of Bethlehem and later professor at Virginia Seminary while i as a student there) and Fr. Steve Ellis of St. Anne, Stockton, CA who helped restore my faith and instructed me toward confirmation in the Episcopal Church

They are in many ways a disparate group of folk who would not agree with each other on everything if could magically gather them together in one room. Buy, they share some common traits.

Each of them exhibits a commitment to what I've identified elsewhere as basic Anglican Values.

One way or another reading each of these authors evokes Christmas for me which is one of my basic tests for whether or not someone is onto something. They bear witness to the hope that now that Christmas has arrived in the coming of Jesus Christ there is the promise that we might be overcome by Christmas any time, any place, even in the midst of whatever winters we endure as we await the final Advent of the King.

There is more to this sense of Christmas. There is in the writing of each an emphasis on the centrality of the Incarnation. The Incarnation, of course, includes the way of the cross and the crucifixion. But the Incarnation has rich purpose, meaning, and wonder in itself.

To varying degrees most of these mentors also bear witness to the goodness of being human in the midst of the splendor of God's good creation. As Richard Hooker wrote, "All things are of God (and only sin is not) have God in them and he them in himself likewise." There is goodness and beauty in humans and the all creation because God who created it all is Good and Beautiful.

I [Wisdom – traditionally identified with the Word who became flesh in Jesus] was daily [God’s] delight,
rejoicing before him always,
rejoicing in his inhabited world
and delighting in the human race.
(Proverbs 8:30-31)

Consequently, they tend to hold to a sacramental appreciation of all created reality as having the potential of mediating the divine Presence.

At the same time, none of them is bashful about naming the reality of human sin and the very real sinfulness and brokenness in the world that corrupts the goodness of creation. They write of the need for atonement, redemption, and the hope of restoration.

Thus, in each is a serious engagement with spiritual disciplines that make for sanctification in the context of God's grace revealed in Jesus Christ.

Each is more or less an exponent of what Evelyn Underhill called 'practical mysticism':

“Therefore it is to a practical mysticism that the practical man is here invited: to a training of his latent faculties, a bracing and brightening of his languid consciousness, an emancipation from the fetters of appearance, a turning of his attention to new levels of the world. Thus he may become aware of the universe that the spiritual artist is always trying to disclose to the race. This amount of mystical perception–this 'ordinary contemplation', as the specialist call it–is possible to all men: without it, they are not wholly alive. It is a natural human activity.”

Nearly all of them represent a high church, catholic Anglican way of seeing things that draws abundantly from the deep well of Christian thought, practice, and worship.

Each also holds to a typically Anglican reticence which is wary of claiming to know overmuch about God or God's ways. They accept that God has been revealed in Jesus Christ and the scriptures that bear witness to him, but each retains a posture of humility and awe in the presence of the untamed, wild God at the heart of it all who is, as Lewis says of Aslan, "Good, but not safe."

No doubt we could name other common themes, but these are the ones that occur to me at the moment. In any event, their themes and presentation of Christian faith resonate deeply and inspire me. I am an Anglican and Episcopalian partly because of these  and other 'GloriousCompanions'.
Posted by mattgunter1081@gmail.com at 7:29 AM