It is embarrassing to admit, but when I was very young, we referred to the large nuts in a can of mixed nuts as “n----r toes” and when I first learned “eeny, meeny, miny, moe” the next phrase we used was “catch a n----r by the toe.” I have spoken to enough people to know that this was not just a peculiarity of my family nor was it unique to Indiana. I suspect many white people 60 years old and older can remember things like this. It was a sort of thoughtless, which is not to say innocent, racism.

When I was still quite young, we suddenly began calling the larger nuts, “Brazil Nuts” and when we did eeny, meeny, miny, moe, we caught a “tiger” by the toe. I do not remember any conversation about this, though there might have been. It would have been during the Civil Rights Movement in the 1960’s. I suspect that that movement awakened a different moral awareness that led my mother and father and others to reassess some of their language. I am proud of them that they did. To be fair to my folks, I do not remember ever hearing them use the N-word or words like it to refer to another human being or group of human beings. Still, I am grateful to the Civil Rights Movement for enlightening our consciences further.

I suggest that the things like renaming Aunt Jemima syrup, renaming some sports teams, and even the removal of some statues is on a par with reforming some of our vocabulary in the 1960’s. We know of course that racism did not end then. Its legacy continues. We are being called again, by a new iteration of the Civil Rights Movement, to further our moral awareness and sensitivity. We are being challenged to a deeper engagement with and response to the legacy of racism. It was not a matter of whether or not 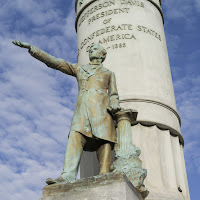 those using the N-word to refer to Brazil Nuts thought we were being racist or intended to be. The word was racist and was offensive. So are things like Aunt Jemima, the Washington Redskins, the Confederate Battle Flag, and Confederate statues.

Most – most – of us would not want to go back to using the vocabulary in my first paragraph. We recognize that it was wrong. We would not say that changing our vocabulary was political correctness run amok. Rather, it was a response to an awareness of the offensiveness of certain words and a desire to not be racist. It was based in a desire to live what we claimed – that we believed all people are created equal and are worthy of respect and justice. Most contemporary Americans believe this, or at least want to believe it. And most of us want to live it. More and more of us are recognizing that we are not there yet. We can be grateful to those who today have taken up the mantle of advocating against racism and racist systems and who are inviting all of us to higher moral ground.

The Heritage of Racism – a Baseball Analogy

Justice, Wild Justice, and the Plague of Racism
Posted by mattgunter1081@gmail.com at 2:06 PM